Strange world, mystical atmosphere, this is how Michael Joron, a young afro-reunionese writer describes Reunion Island. The country where he is born and raised, localized in East Africa, 2 hours from Johannesburg (South Africa).

Pan-African Activist, writer, director, cartoonist, designer, businessman, Michael has several caps. He is inspired by his activist family, famous (thanks to the music) in Africa, Europe, Asia and a part of american continent. For example, he is the first who has created differents cartoons for Edmond Albius the famous black reunionese scientists who has discovered vanilla pollination and  was born slave. But also for the Kings and Queens maroons who have created an Empire in Reunion island's mountains to fight the french slavers. He has also created a cartoon for the Moringue, the afro martial-art who gave freedom to black peoples in Reunion Island. He is also the founder of two Pan-African organisation name KOZ KAF and L.O.A (Leaders of Africa). These movement spreaded in every places where the reunionese community is present (Mozambique, Madagascar, South Africa, France, England and a few in USA).

The mysticism is a huge part in the author's life , as he says himself : « I was raised in Camp Maison-Rouge (St Louis, Reunion Island). This is a domain built in 1725 and considered as a slave plantation. All my maternal family was detained here by the french slavers, some of them became maroons in our mountains. The abolition for us was in 1848. After a long long struggle of the black community. When I came to the world in 1987, I was always on this special place where my Grand-Father and Grand-Mother lived. My mum took me in the little wooden homes where my ancestors were detained. So naturally, when I was  4 years old, I've started to live a spiritual connexion. First by the same dream every nights, I was in one of the little wooden home, breaking my chains and runaway in the mountains when dogs and hunters running after me. It was a strong connexion with my ancestors and my mother understood what's happening to me. »

«Reunion Island is a melting-pot for different spiritualities»

Michael has decided to write on the indigenous animist spirituality and his mystic Island's world. In Reunion Island you can observe differents  rituals like Voodoo for africans descendants, the workship of Santo-Expédito, the Kabaré (malagasy descendants workship), the asians deities (Ganesh to Guandi) and the presence of the Orishas.  Reunion Island is a melting-pot for different spiritualities, because Reunion is a crossroad between Africa and Asia. The country also has an european presence and a strong creole latin culture (first europeans where portugueses). Reunioneses speak french creole regardless of their ethnicity. This book explain you how the Gods, demons, ghosts, spirits rules this little country. The book plunges you into the collective unconscious of a whole people. And this book is now registered in the library of congress in USA, because it represents an endemic spirituality from the magnetism of an island which attracted spiritualities from all over the world.

The summary of the back cover :
« Reunion Island where an ambient mysticism reigns, which permeates an entire people  with indigenous spirituality. Descendant of maroons, slaves, workers and pirates. From the presence on the island of the Andaman Negritos in the Indian Ocean, the first inhabitants of Reunion, to the "Cafres" from Mozambique and Madagascar  of the 18th century Maroon Empire. The history of this Afro-Asian island country in the south of the world cannot be understood with materialistic conditioning. In this book, Michael Joron invites us to enter a vortex, a spiritual door to the immaterial, where the reality of Reunion's history is written under the watch of elephantine divinities ...»

Find below the author's interview by state television of his country translated in english : 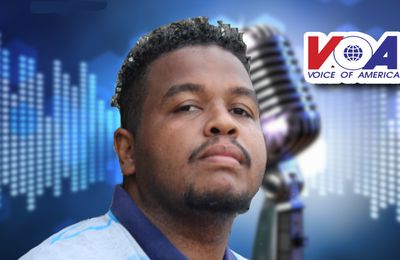